Entomophagy: Feeding a Growing Population Without Destroying the Planet

Entomophagy: Feeding a Growing Population Without Destroying the Planet by Robert Nathan Allen

This is a great video in the style of TED talks in which Robert Nathan Allen, founder of the non-profit Little Herds, discusses the impact our current sources of meat have on our planet and how insect protein is the best solution. Current agricultural systems will struggle to keep pace as more and more of the world demand meat on the menu. An overwhelming 80 percent of the global population embraces edible insects as a protein source, yet most Westerners have a deeply ingrained psychological aversion to entomophagy. This video describes how eating insects (entomophagy) can help solve this problem. Insect protein and cricket flour are considered some of the most efficient sources of protein on the planet and this great talk will enlighten viewers on why we should utilize them.

“Entomophagy: Feeding a Growing Population Without Destroying the Planet,” by Robert Nathan Allen from Nerd Nite – Austin on Vimeo. 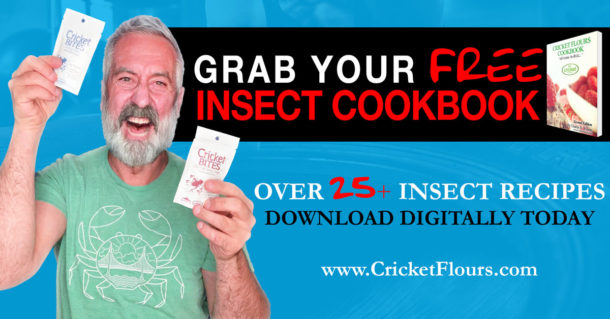 Thank you for joining our Cricket Club Newsletter! Make sure to check your provided email to confirm your subscription to access to digital download of 25+ edible insect recipes.